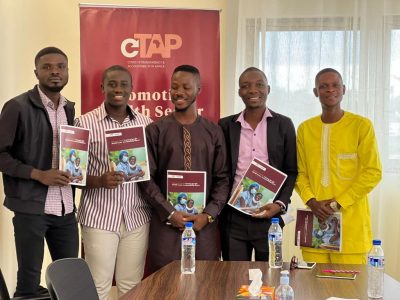 BudgIT-Liberia, in partnership with its partner institutions, has conducted and concluded a Country Specific Health Sector Accountability research as part of its CTAP Phase II project, which, as part of the recommendations, calls for collaboration among CSOs and government to ensure transparency and accountability in the health sector.

Over the years, Liberia has made little significant progress in the health sector, especially in terms of reproductive, maternal, newborn, child and adolescent health performance. However, the BudgIT health sector report observed that indicators show significant gains, as those services are now available across the 15 counties, with life expectancy rate in the country being put at 62.5 years (F 66/ M 63 years) and an infant mortality rate of 63/1000 live births. Under-5 mortality is estimated at 93/1000 per births, neonatal mortality rate, 37 deaths per 1,000 live births, post neonatal mortality rate at 25 deaths per 1,000, and maternal mortality reported at 661/100,000 births.

“Poverty remains widespread in Liberia, according to the latest available national household survey data (2016)—50.9 percent of the population is living in poverty. Furthermore, the poverty rate in rural Liberia (71.6 percent) is more than double than the urban areas (31.5 percent). With the onset of the COVID-19 pandemic, the share of households living below the national poverty line was projected to rise, ranging from between 65.2 to 68.9 percent in 2020. The poverty rate, coupled with the broken health system in Liberia and the emergence of COVID-19 in 2020, raised a serious alarm about the health of the especially poor people. As a transparency and accountability institution, BudgIT-Liberia saw it necessary to conduct a survey about how funding and materials coming to Liberia to fight COVID-19 was used properly, which triggered our Country Specific Health Sector Accountability research,” BudgIT, in a press statement dated August 9, 2022, noted.

BudgIT-Liberia, through its research report, says it has realized that the top causes of death in Liberia include malaria, diarrheal diseases, neonatal disorders, lower respiratory infections, ischemic heart disease, HIV/AIDS, stroke, tuberculosis, cirrhosis and other chronic liver diseases and maternal disorders, which has largely contributed to the breakdown in the health system of Liberia.

According to the BudgIT report, “The Ministry of Health is clothed with the responsibility for the formulation, implementation, monitoring and evaluation of health policies, plans and standards; deliver, coordinate the delivery of decentralized medical care in public facilities; develop health manpower; undertake preventive and promote health services including specific health interventions. In addition to the government’s functions, there are other key actors in the health sector which play vital roles in the delivery of healthcare. These actors include the private sector, which is either non-profit or for-profit institutions. It is estimated that the combined nonprofit subsector provides approximately 47% of the health care in the country, while the private for-profit sector provides less than 30%.

“Our research report shows that, over the years, low pay and incentives for nurses and doctors have led to almost yearly strike actions staged by the National Health Workers Association of Liberia. The most recent strike was called because of decreases in salaries caused by the government’s salary harmonization policy, affecting all public sector workers in the country. There is a need for the government to address salary disparities, constant deduction of salaries and low or little salaries for healthcare workers.

“Hence, BudgIT-Liberia is recommending that the Government of Liberia (GOL), through the Ministry of Health, should collaborate with CSOs and other development partners to put strong institutional measures into place to ensure there’s proper transparency and accountability in the health sector;

“The government needs to revamp the health sector investment plan with specific focus on addressing issues in the Liberia Demographic and Health Survey: with health authorities and CSOs admitting that the office of financial management needs to be more inclusive when developing annual budget proposals to target priority needs;

“Improve Health Service Delivery in the country by providing all necessary resources to properly operate which the Legislature must appropriate adequate relevant budgets and demand periodic reports on budgetary implementation. The Legislature also needs to work closely with audit agencies to ensure that their findings are taken seriously by the Ministry of Justice for prosecution;

“The private sector can contribute its support to healthcare in the country through the mobilization of private resources to invest in the health sector. Given the infancy nature of Liberia’s healthcare system, investing in modern medicine and delivery yields high profits for the private sector and leads to more money staying in the country that would otherwise have been used outside the country in pursuit of medical care; and

“Government also needs to support the Ministry of Justice to prosecute the accused. Most times, when persons are accused in audit reports, they get to remain in the position whilst defending themselves sternly in the media against ‘witch-hunt’.”

The report emphasized that the Executive needs to muster the political will to clamp down hard on health-sector corruption to ensure that already scarce resources are effectively utilized.

“With these key recommendations, we want to extend our heartfelt thanks to the legislature for granting the LACC prosecutorial power,” the BudgIT press release added.